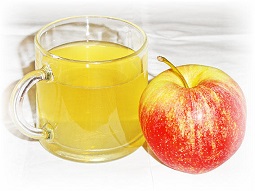 The benefits of honey and apple cider vinegar is really amazing! I have started taking 1 tsp of that mixture 2 to 3 times a day with a glassful of water for eight (8) months now and my allergy rhinitis is gone! And when I took my regular blood test, my good cholesterol has increased!

I am taking another blood test in Jan 3 after 6 months of apple cider vinegar {braggs organic} and my farmer neighbors' raw honey, I will report back the findings to this site when I get them to compare to the former tests which I will also show you to see the results. My friends, we are all in this together, as I tell my gym members,who follow my dietary advice closely.

It works like magic i love and the result is massive.

Apple cider vinegar and honey works wonders. I was having problem going to the toilet but after taking this drink my stomach no longer gives me problem.

I've been taking 2 spoons of honey every morning since 10 years ago and the effect is very great, 2 month ago I knew from internet that APPLE CIDER VINEGAR and HONEY have more benefits for health so I continuously drink 2 spoons of ACV + 2 spoons of HONEY in a glass of water and I feel so fresh and more power to go and no need to visit a doctor.

Now I'm 73 years old and I don't have any problem with health and still going strong. People around me said that I looked younger than my age. My activity :
- routine exercise an hour every morning, 6 days a week
- 4 wheel off roading.
- teaching.
- engineering.

So I want to continue this diet.

I am just getting started with honey and apple cider vinegar I pray that it works fo for me, I need all the help I can get!

It has done wonders for controling blood pressure.

I have not tried the honey yet in the vinegar, however a very interesting thing I have tried and proved is:

During 2 different gall stone attacks with very severe pains to the point of leaving for the hospital I found relief in both cases within 10 to 15 minutes!

I drank 8 oz of apple juice with 1/4 cup cider vinegar, (organic) and the pain left! Now I wonder if adding honey would make an even better drink ? Any comments?

Ruth: Hi Pete, I had always assumed that adding honey was to sweeten the apple cider vinegar drink and make it more palatable until I came across Folk Medicine: A Vermont Doctor's Guide to Good Health, a book by D.C. Jarvis, M.D. who believed that mixing apple cider vinegar with honey would enhance the healing power of the vinegar.

My husband (SAMI in Thai) suggested this and so I checked online to see if others got better using ACV ...works very well for me-better digestion, less sinusitis in our moldy climate, better sleep - glad to have discovered this remedy.

I am interested to know more about the wonders of honey an apple cider.

Tried the apple cider vineger for my husband's acid reflux and it worked great but really tore his arthritis up, so had to quit. Any ideas for that?

Ruth: Many people have also reported that ACV is an effective cure for arthritis as well. Not sure what happened in the case of your husband. He may want to further determine the cause of the negative effects.

I have been taking a tsp of apple cider vinegar mixed with a tsp of honey three times a day for three months. I have not had an attack of acid reflux since doing this and take no medicine for acid reflux. This has also lowered my blood pressure so I no longer need BP medication. My sugar level is now normal every morning.

I love herbal remedies and I would like to know more about apple cider vinegar and honey, thanks.

Wow, apple cider vinegar with honey works wonderfully for most. I've yet to try it onto my hubby n son who often sneeze n got dripping nose. Can anyone share with me on the preparation, please? Thanks much.

Ruth: Mix a tablespoon of apple cider vinegar and a tablespoon of honey with a glass of water (can be warm or chilled). Take it once or twice a day. You can also find this recipe in the article: Apple Cider Vinegar and Honey Remedy.

I enjoyed your article and looking forward to learning more.

I Love Home Remedies! I would rather know what is going in my body, most drugs you dont.

I am excited to try the apple cider vinegar/honey for energy. I have used vinegar for a variety of home remedies but never for energy. I don't know where I've been but I will have to try that!

I misplaced my book on all the advanages of the honey+vinegar combination, so I went to the internet. My dad told me about all the cures with the combination of Vinegar/honey, well at that time ( mid 80's) I was having a terrible time with my left hip. It was hard getting out of a car after a couple hours of driving and if I went to any sort of event, where walking was involved, my hip would flame up and I would have to leave or sit down. Well, I started taking the vinegar and honey with a glass of water faithfully, twice a day, I had been doing this for several weeks, (5 or 6) then one night I was walking out of the plant where I worked and it dawned on me that my hip wasn't hurting. This was not my imagination, the hip did not hurt and has not since, so just because I want to start on another regiment of the concoction only because I know it's beneficial and there is everything to gain and nothing to lose.

After just 3 days of taking the honey vinegar mixture I began to feel like a new person. I had been tired all the time thinking it was just the fact that I was getting older and slowing down,however, the vinegar and honey mix (twice a day) has made a world of difference.

I've been suffering from allergic rhinitis for many years. I have to take antihistamines and nasal decongestants to relieve the discomforts it brings everytime it occurs. When I tried apple cider vinegar mixed with honey in just a week I was relieved of the pain and my sore throat was gone. I highly recommend it to those who are sufferring from allergic rhinitis and sinusitis out there.

I m hypertensive and a little over weight,a friend informed me of this apple cider-honey. I m just starting.

Several years ago I had a recipe for a energy drink where you mixed apple juice, grape juice, honey and cider vinegar. It was good for everything--but I have lost the recipe--can anyone help me??

Ruth: Hi Fern, you may want to try this recipe: 1 glass of apple juice or grape juice (or a mixture of both), 1 tbs of cider vinegar, and half tbs of honey.

I have been doing the Apple Cider Vinegar Honey thing for well over 2 years now. And you would not believe the benefits of it . I don't get sick in the winter like others do. I have lost a few pounds, my skin is so soft, and people have notice the change in my skin too, a lot of people say I look refreshed and younger. I am passed the taste of it now, it doesn't bother me in the least to drink it. I do mine early in the mornings and late at night. It also gives me energy. I don't know if apple cider vinegar and honey has anything to do with it, but my hair has gotten so healty, the lady that does my hair said my hair looks so healthy, and before I started drinking ACV my hair was falling out, and thin and just not very healthy at all. And my finger nails grow out of sight, I have to keep them trimmed often. Which before I started drinking ACV they were brittle and would break off easy but not any more. I think that ACV has a lot of health benefits that we don't even know about. I don't intend to stop drinking it anytime soon. I like the results I am getting from it.

My Mom used to read Galord Hauser, he was all about the value of Honey, Apple Cider Vinegar & Lemon as a cleanse. More like Honey & Lemon, 8oz of water, 24 hour fast. The lemon flushes out toxins from your bod.:)

I have been using organic apple cider with honey for over three months twice a day and have had nothing short of a miraculous experience.For many years as a result of 83 years of athletic life style I have had "BIG TIME" pains in both my shoulders.Doctors have repeatedly told me I would need surgery to correct the condition as the cartilage in both shoulders is gone and it's bone on bone. Sleeping has not been a something I have looked forward to as sleeping on my sides is VERY painful.

I can report that after three month of two glasses of cider vinegar mixed with a tablesponn of clover honey, morning and night, and miracles of miracles I am totally, and I mean absolutely and totally PAINFREE.

It is absolutely incredible. If I had been told this might happen, I would not have believed it.

Best to use equal parts of honey and apple cider vinegar (1 tbsp. of each works well for me). I've been using this mixture for the last 6 months, and have managed to lose 15 pounds. The honey/ACV is a great way to start and end the day, though I am not sure I would use more than 1 tbsp. at a time.

All in all, apple cider vinegar is a GREAT low-cost addition to a healthy diet. I purchased mine for $5 at the local health food store, and buy my honey online for less than $2 a pound.

I feel great after only one week of the mixture. I can see the difference and that a plus.

I started using honey years ago with vinegar and water as a tonic, but my stomach pain problem never stopped until I began using 2 tablespoons twice a day without anything added. Now, I am enjoying all sorts of food again including spicy foods.

I used to have major issues with early morning acid reflux especially when I would brush my teeth. After trying organic ACV for a few months it started to diminish and now the acid reflux hasn't come back at all.

Jason in Singapore, I read in more than one place to use cold water in the drink of honey, vinegar and water. The heat changes or blocks or renders ineffective some of the helpful enzymes in the vinegar. So the warm water may not be a good idea.

I just started this detox last night & noticed that it is already helping my heartburn. I was surpised because regular wine vinegar actually gives me heartburn but the apple cider vinegar did the opposite.

I've been taking a glass of warm water mixed with a tablespoon of apple cider vinegar and a teaspoon of honey every morning before breakfast. This seems to be working well in treating my sinus problems. Sudden bouts of sneezing and dripping nose have become rare now.