While trying to know more about bee keeping, I had the chance to post some questions to Marion, a beekeeper whom I met on the web. And he was quick to share his thoughts on the subject.

Tell us Marion, what got you into bee keeping and what is keeping you there?

First, a little about me. I am an operations manager for a Dallas based retail furniture company. Our family (there's seven of us) enjoy the country life. We LOVE animals, gardening, and being outside.

A number of years ago we went to a Homesteading event and attended a bee keepers instructional seminar while we were there. Keeping bees was not something that I had ever considered doing before that meeting where I learned about Colony Collapse Disorder. This event got me into bee keeping because the more I learned, the more I became fascinated with their intricate social order and manifold benefits. I had never really considered how beneficial it would be to have bees pollinate the plants in our garden and fruit trees. It's amazing how information can be inspiring, but that is what happened to me. I started studying bees. I read numerous books and magazine articles about beekeeping. I decided that if I CAN become inspired to keep bees, it can happen to others. So, I decided to start a website to inspire others to keep HONEY BEES. That's where www.Keeping-Honey-Bees.com was born.

The topic of Colony Collapse Disorder began my journey into bee keeping and remains very close to the center of what motivates me to stay in it. My main goal is to learn how to keep bees in the most healthy way possible and teach others to do the same. We can't do without these pollinating insects in our world, so we have to do something to protect their future! 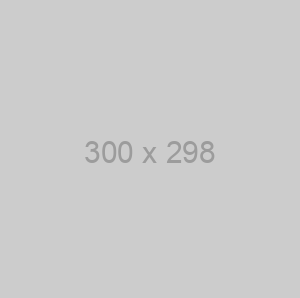 "Most people don't have any idea about all the complicated life going on inside a hive. Bees have a secret life we don't know anything about." ~ Quote from The Secret Life of Bees. What is the most fascinating thing that you have observed about the bees so far?

The most fascinating thing about bees to me? Wow, there are so many things...to pick one is VERY hard. Okay, I guess it would be one specific part of their communication systems...their use of pheromones. BEES have several glands that produce chemical substances which are used by the bees to communicate with each other. There are many, but for brevity sake I mention the main TWO...

1) the ATTRACTANT PHEROMONE in worker bees is produced by a gland in their abdomen (Nasanov gland). This pheromone is used to attract members of the colony who might have lost the location of the colony. Many times, when catching a swarm, bees can be observed extending their abdomen down and fanning with their wings to propel the airborne scent to the bees flying around (trying to locate the rest of the colony).

2) ALARM PHEROMONES, of which there are TWO. The first originates in the mandibular gland (near the mouth). When guard bees are alarmed by an intruder, they put off this alarm scent that tells the other bees that there might be a problem. This scent is especially prone to be released when the problem is a MOVING intruder. This is why it is important to make slow movements around a beehive so that you don't alarm the guard bees. The second ALARM PHEROMONE originates in the sting chamber. It is not released until the sting, and is much stronger than the scent given off by the mandibular glands. After the sting takes place, and the stinger (with poison sac and all) is ripped out of the abdomen of the bee, the alarm scent is at its strongest. As a matter of fact, the scent is now all over the surface of the exact spot where the sting took place and functions as a "bulls-eye" for the other guard bees to attack. Other pheromones (NOT MENTIONED IN DETAIL HERE) are used to mark the entrance to the hive, to mark flowers where THE BEES have been foraging, and to alert nurse bees when a baby bee needs food. 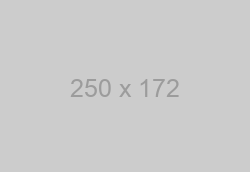 If we were to personify honey bees, which two words would you use to describe them? And why?

First, I would say they are a perfect picture of HARMONY. There may be up to 80,000 bees in a hive, all working together with various tasks that all contribute to the success of the hive...but yet no apparent "leadership structure"! They are also a perfect picture of DILIGENCE (exerting the necessary effort to accomplish it's assigned task). Bees don't stop working, they work all day and all night seven days a week. During the most busy time of the year (summer), a worker bee may only live 5-6 weeks, and EVERY minute is spent working!

Many beekeepers say there are painful moments in their love affair with the bees. Can you share with us one such moment?

A painful moment in my bee keeping experience was with my very first package of bees. When I installed them in the hive, they immediately started building comb. A week later when I checked up on them, they were doing fine...still building comb. A couple days later they had absconded! There were no honey bees, they had all left without a trace. I was deeply discouraged and wondered what I had done wrong. I understood some races of honey bees abscond more readily than others. For example, the Italian and the Caucasian races swarm at a much lower rate than the African Bee. The African Bee absconds easily under poor hive conditions. But I was then working with the Italian bees which are the most popular and easily managed. It was later I learned that it had to do with the way I started my colony. The makeup of the package of bees was such that all the bees and the queen in the package were gathered from a number of different colonies in the supplier's apiary. And because the bees didn't know each other and the queen pheromone (a chemical substance used to create harmony in the hive) did not have enough time to unite the bees into a cohesive colony, they left to find their original colony. This happens from time to time when one tries to start a colony from a package of bees. It's part of the risks associated with starting a hive in this manner and typically a commercial bee keeper's phenomenon.

Now, when I install a package of bees, I leave a queen excluder over the entrance of the hive until the queen feels really at home. I guess the queen that left my original hive didn't like my interior decorating (she's not alone, just ask my wife) :>)

What would be your most earnest advice for a newbie in bee keeping?

My most earnest advice is to learn as much as you can about bees (their anatomy, life-cycle stages, brood, nectar and pollen storage, etc.) before you try to figure out the management of honey bees. A lot of what you learn about bees will impact how successful you will be in keeping honey bees once you start. Read books and magazines, watch videos online and join a local bee association. Bee keepers love to help others get started.

End of "Marion's Bee Keeping Journey". Back to "Tips for New Beekeepers"