This morning someone told me that there was a huge beehive wider than an average adult's face on a pillar outside her house and asked me if I knew of anyone who could help to remove it without harming the bees. She had contact the pest control company but wanted to know if there was a better way to treat the bees.

I responded despondently that there were no beekeepers in Singapore who could help do this and as far as I knew every beehive or swarm sighted and reported was removed by pest control companies and destroyed by chemicals, but offered to check with the National Parks Board (NParks) if they could help to intervene.

The lady whom I spoke to through the NParks hotline apologised that no one in the NParks could help me save the bees. She further explained that they too would contact the pest control guys to remove the hives and all this while things are done this way. I wasn't surprised in the slightest by the reply but nonetheless pretended to be so that I could appropriately express my great dismay at the atrocity. In my most earnest demeanour, I urged the lady to raise my suggestion to start looking into conserve these bees in Singapore. 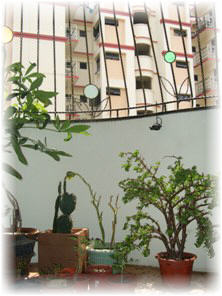 Her assurance that my appeal would be raised to the appropriate platform was not enough to keep me still for the rest of the day. The next hour or so saw me writing this letter of appeal to the NParks.

Attention: The Public Affairs Department, The National Parks Board

Re: Letter of Appeal to Stop Killing the Bees

Two days ago, someone asked me if anyone could help remove a bee hive outside her house without killing the bees. I called the NParks hotline for help. However, it was explained to me that no one in the NParks would be able to help and that in Singapore, it is a norm bees are removed and destroyed by the pest-control companies whenever they are reported. Things have always been done this way, as I was told.

Nonetheless, things can also be changed, can't they?

Could the authorities please engage the experts to handle the bees and help them survive? With all the hype now about going back to basics and programmes to conserve nature, it just appears so wrong of us to be destroying the bees as if they are pests. While bees are reported to be dying at an alarming rate in many parts of the earth due to the Colony Collapse Disorder and people are trying all means to save and protect the bees, here we are ending the lives of bees by the colony. Bees are great pollinators and have a critical role in the ecosystem, so please help put these killings to an end.

Also, I could not see how this current treatment of bees is in line with the NParks' commitment to engage and inspire communities. It so revolts against the NParks' tone on emphasising the importance of conserving Singapore natural heritage and helping young Singaporeans to appreciate biodiversity and heighten their nature awareness.

In an urban jungle like Singapore, bees have never been loved; in fact they are very much feared or even hated because they can sting. The perception that bees are nuisance (and worse, pests) will stay as long as people continue to have little or no knowledge about the meaningful existence of bees and cannot appreciate them beyond their ability to buzz and sting. While so much effort has apparently gone (and is still going) into dressing up the Singapore city landscape with more and more pretty parks and trees for a visual impact that the country can be proud of, please also consider loving nature beyond visual beauty and help this generation and future generations develop a real appreciation of nature and bring out a true respect for the environment.

I am very curious to hear the authorities' stance on this matter and I look forward to receiving a reply to this letter.

It was only after several rounds of emailing that it became clear to me that NParks had already improved the way of removing hives since 2010. Previously, hives were destroyed by burning. The current method of fumigation is considered an improvement as a mild insecticide is used instead to disorientate and disperse the bees to prevent them from forming a colony and the number of bees killed in the process is reduced.

I've appealed to them to use a non-harmful smoke to disperse the bees and then remove the hive and they've also replied that they would explore the suggestion with their partners in the Pest Control Industry. Well, let's hope something would be eventually done about it to save more bees.

Update, June 2014 - Get The Experts for Bee Hive Removal

Local newspapers reported that a pest control officer died in Nov 2013 after being stung by a swarm of giant honey bees. The news with the header "Found a bee hive? Better leave it to the experts" wrote that while the bees would attack only when they perceived a threat to their hive such as instances where sticks and stones were hurled at their hives, the bees might also perceive danger of hive displacement caused by an unexpected branch snapping or tree falling. In the article, the experts warned the public not to remove any bee hives without professional help.

Related Article on Bees in Singapore

2. As our country squeezes every effort to erect the most visible signs of modernisation and progress in our living, are we missing out big time on what affluence can't give our children? More in: Can We Have the Honey Bee Back, Please?

End of "Bee Removal in Singapore". Back to "Can We Have the Honey Bee Back, Please?"