Is Honey Good For You?

Yet, another cynical, caustic remark directed at Benefits of Honey - "Mumbo jumbo website, too much of the unsubstantiated and unscientific that is just staggering… stay away from it if you're launching an assault on your belly."

And what bothered me most was that this comment had to be from a beekeeper who just could not put a finger on why I had to build such a huge website to talk about honey. "Love the bees, they are so important to our eco-system," he proclaimed, "but don't expect so much from their honey. Honey is only perceived to be more superior than table sugar but in reality there's no difference because honey is still a sugar." And other more gentle visitors have also incredulously asked "Is honey good?" from various angles - "Does a prolonged use of honey have any side effects", "How much honey can one eat every day?", "Can diabetics eat honey?" "If I give honey to my children, wouldn't I be encouraging sweet tooth?" "Isn't honey fattening?"

Honey can be a much misunderstood sweetener. Because it's a form of sugar, critics have often associated it with a no-no food for diabetics, the danger of fructose, obesity, carcinogenic effects, tooth decay, hyper-activity, low immune status, and other related health issues. 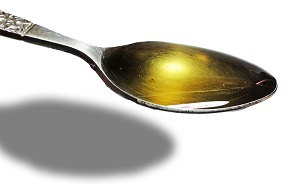 When someone relentlessly raves about the benefits of honey or talk a little bit more about its good taste, it is sometimes immediately countered with raising eye-brows accusations of promoting indulgent and excessive consumption of sugar.

Perhaps when trying to get to the bottom of these controversies, one could first ask these questions - "How much sugar do you eat every day, how much sugar do your children have in their daily diet?" "Yes, you should not eat honey excessively….but who is promoting the indugence of honey?" "As a diabetic, do you keep starch and sugar to a zero level in your diet?" 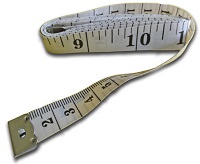 "Eat honey for health and for healing", as I've always have emphasized. I cannot imagine one to be eating honey like eating chocolates or chips, it hard to be over eating honey direct from the jar. There is zero fat in honey, but gaining weight is pretty straightforward - When you eat more than what your body needs, regardless of whether it is sugar, fat, milk, fruits, or honey, the excess calories are stored as fat which leads to weight gain.

The idea we would like others to catch on isn't complicated at all - Replace as much processed, highly refined sugar such as white table sugar and high fructose corn syrup and artificial sweeteners such as aspartame and sorbitol in your diet. And learn how to incorporate honey into one's routine as health booster and a medicine for ailments.

Never turn to artificial sweeteners in the attempts to lose weight or to keep a low-sugar diet as they can create major havoc in the body over the long run. Learn how to utilize a natural sweetener.

Is honey good for diabetics? Recommending honey as a sweetener doesn't mean loading one's diet with elevated amount of sugar. If diabetics are able to accept white sugar as part of their diet, I don't understand why a more superior form of sugar like honey would be reacted with so many objections. It doesn't make sense for medical doctors to warn their diabetic patients on the use of honey while telling them, "control your sugar cravings, don't take too much ice-cream, too much coke, too much sweet stuff". If it is all about monitoring blood sugar level, how about replacing the amount of highly processed starch and sugar they are consuming with a healthier natural form - honey? 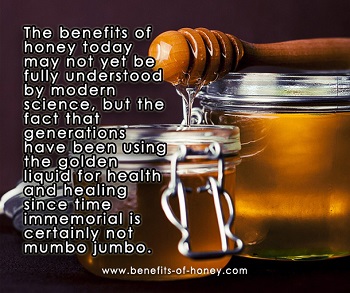 The benefits of honey today may not yet be fully understood by modern science, but the fact that generations have been using the golden liquid for health and healing since time immemorial is certainly not mumbo jumbo. In fact, there is already growing scientific evidence that honey can boost immunity function, is anti-inflammatory, antimicrobial, and has anti-cancer effects. International Biology Science (2012; 8(6): 913-934) has pointed to increasing evidence that honey has anti-diabetic effects that can improve glycemic control and metabolic disorder. So, don't be too quick to dismiss honey as a no-no food for diabetics.

"Though honey has substances of which the most predominant is a mixture of sugars, which itself is thought to be carcinogenic, it is understandable that its beneficial effect as anticancer agent raises skeptics. The positive scientific evidence for anticancer properties of honey is growing… Honey and cancer has sustainable inverse relationship…"

3. 11 Most Unbelievable Honey Benefits That Many People Don't Know.

4. Is Honey Allowed in Diabetic Diet?.

End of "Is Honey Good For You?" Back to "Why Use Natural Sweetener"