Containing a special collection of hoax posts received by Benefits of Honey, this page is just for laughs. Well, some folks decided to to kill their boredom by making up some bizarre stories about honey. They are probably honey skeptics. Initially, when identified, these posts were placed into the same category as spams and posts that advertise for some miracle cures for cancer and HIV cures, black magic, etc. 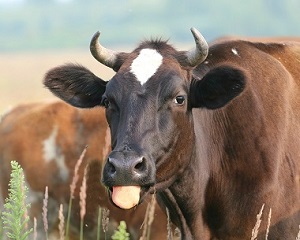 The following posts are what I managed to retrieve from our archived posts folders (not in chronological order); some hoax posts were irretrievable as they were immediately trashed when identified, and some just got lost in the archives. Well, hope these posts would somehow tickle your funny bones! LOL!

"A mouse fell in a 5lb jar of honey I had just bought. I forgot and left the lid off. Can I use it if I strain it?"

Benefits of Honey: What do you think?

"I had some rectal bleeding a while back. For you kids out that's where you bleed out of your asshole. I did a handstand on a wall and got my wife the pour 375 grams of honey into my ass. Since then no rectal bleeding, but I have been experiencing a sticky asshole and honey seepage."

Benefits of Honey: Yucks! Kyle, did you have a bad experience with honey before?

"I have been using a honey & fine cornmeal scrub for years. It's the best way to exfoliate and moisturize at the same time. I squeeze a little lemon juice to preserve it in a container in the shower. Will keep for a long time. To make this I eye ball it to make it creamy, not too stiff. This will also help clean the drain by dragging clogged hair down the drain. I am 54, been using this 35 YRS. I have nice skin."

Benefits of Honey: Everything sounds right until she started to eye ball the honey-lemon mixture to make it into a cream for unclogging the drain.

"Wow, honey is the best! Honey is life! I love putting it in my cuts. I was blind, I rubbed honey on my eyes and now I can see. Sometimes I put my penis in a beehive to let the bees heal it. It was all small and shrivelled but now it's the biggest darn thing around thanks to honey."

Benefits of Honey: The amazing stories about the benefits of honey in our site had probably offended him and driven him mad to write this sarcasm-filled, risqué post.

"Honey saved my life. Once while I was camping in Oregon I was chased by a bear. Luckily I always carry a jar of honey with me. I opened up the jar, dropped it, and ran to my car. The bear tripped over the jar giving me enough time to escape. Honey is the goat."

Benefits of Honey: Winnifred, good try, but next time, just carry an empty jar with you would be good enough.

"I am a bee, thank you very much, and wee work very hard to make that honey for our queen, our babees and ourselvz. We bees had worked out a deel with the humanz; fair trade of honey, wax and the enjoyment of witnezzing the beeuty of mother nature manifested through the cleverness and dedication of our hive society in exchange for an acceptable home, plenty of nectar and some level of protection. Lately that deal haz gone sour on a host of levelz and coloneez across the globe have perished all because of the absent mindedness and greed of you creaturz. How can creaturz with such big brainz bee so brainless? And now one of the very people who benefitz deerectly from our hard work and peaceful nature iz giving credit for our gift to plantz and, well, I'm feeling a little offended. If I were a bee in one of your hivez, I would give you such a sting. Bzzz!"

Benefits of Honey: Mark was very offended by one of my article which suggested that honey came from flower nectar. And the next thing I knew was he turned himself into an aggressive killer bee.

"I had a student beekeeper, at his teenage days was forced to live a life of a hermit because of the severe acne on his face, no social life, no girlfriends, when he graduated from H.S. he was in a brink of committing suicide came to me, with this feelings of take his life and discover the cause of it, I suggested to take a bottle of 16oz. HONEY and put it on his face until it dry and then take it off with his soap, twice a day he did this for a month, well to make a story short, he is happily married to a beautiful girl and they have their first child they call her Honey!!"

Benefits of Honey: I was only a bit suspicious at first, then the "16oz honey on the face" gave it all away.

Benefits of Honey: Sorry, Prince, what is a "dusty sand"? And what is "rolling like a ball" all about?

"Yeah eat our food and kill us with pesticides so you can destroy your health then try to clean it up. Let's see how long you last without us."

Benefits of Honey: The Bees, you have given us your food since time immemorial and we are thankful for this. If humans couldn't be bothered about the consequences of using pesticides for plants and crops, we ought to be sorry.

"Real honey test: bring the honey home to your wife and check her reaction. If she throws a tantrum and chucks a glass at you then it's a real honey. If she doesn't bat an eye lid then it's fake honey."

Benefits of Honey: Matt, so is your honey real?

"Hi, my daily food contains honey as a main food so I always feel full of power."

Benefits of Honey: Huh…. I suppose you mean honey as a main sweetener?

"I was taking the trash out barefoot. the trash can was about 30 yards away nothing but cement the whole way. it was a hot day and the ground was very very hot. I made it to the trash can but my feet were burning so much and there was no place cool to rest them on the way back to the room. So I ran for it. It was the hottest ground i ever felt in my life. Within 20 minutes I had a blister on my right foot the size of my Palm. I got a plastic bag put a bunch of honey in it and wrapped my foot up and put a sock over it. The pain went away in like 15 minutes. The next day I looked at it and the blister had popped and was just loose skin which I ripped off without any pain I repeated the honey trick and two days later I was good as new."

Benefits of Honey: This can't be serious right? "hottest ground I ever felt", "a blister on my right foot the size of my palm", "I got a plastic bag put a bunch of honey in it and wrapped my foot up and put a sock over it"... LOL.

"Without consulting the internet, I unwisely drank about 3 oz of ACV mixed with 1 tbsp. of honey. A few minutes later I drank about 12 oz. of water. Have I possibly made a bad mistake by "overdosing" with this much ACV at once? What should I do?"

Benefits of Honey: How was it even possible to drink 5 tablespoons of cider vinegar mixed with honey? But it was not the poorly researched question about cider vinegar that immediately gave you away, it was the overly precise story - without consulting the internet, a few minutes later, 12 oz of water.

End of "Just for Laughs". Back to "Honey as Home Remedy"