Simply put, the term 'organic food' means that a food has been produced without harmful chemicals such as herbicides (weed killers), fungicides (mold killers), and insecticides (insect killers) which are potentially cancer causing and it also prohibits the use of antibiotics in animal feed, which are routinely used in conventional farming. Organic farming also benefits the farm workers who have high exposure to chemicals and synthetic pesticides. The World Health Organization (WHO) has reported millions of serious unintentional poisonings and people hospitalized for suicide attempts with pesticides each year. It is estimated that there could be as many as 25 million agricultural workers in the developing world suffering an episode of poisoning each year.

Organic production yields are often lower because the farms do not involve the use of artificial fertilizers, pesticides and other technological aids. Also, labor intensity is greater and many organic farms are smaller than conventional farms, thus missing economies of scale. However, in the last decade, responding to the growing demand, mainstream grocers are stocking more organic produce such as milk, baby food, honey, and meats, while healthy-food chains have opened dozens of organic stores, cafes, and warehouses. 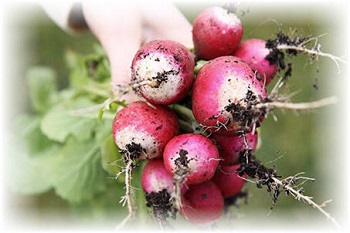 Organic produce is typically about 30 to 50 per cent more expensive, however, many people are prepared to accept the extra cost and pay the extra money largely on the grounds that they believe organic foods are more natural, nutritious and safer than foods produced by conventional methods, and are be less harmful to the environment and to food producers. Generally, it is believed that organic production reduces health risks and especially for pregnant women and children, the benefits of organic are worth the higher price. Going organic whenever possible for fruits and vegetables that carry the heaviest pesticide load makes sense for these vulnerable groups of consumers. Some suspect that high doses of pesticides can cause neurological or reproductive damage. With infant reproductive organs still forming and the brain developing and with young immune systems less able to rid bodies of contaminants, eating organic is more important for children and pregnant or breast-feeding women.

Furthermore, a four-year European Union study (2007) reported that organic fruits and vegetables in addition to vitamins and minerals such as iron and zinc, contain as much as 40 per cent more antioxidants, which scientists believe can cut the risk of cancer and heart diesease and also help to increase the nutrient intake of people who are not eating enough portions of fruits and vegetables everyday. The higher level of antioxidants in organic produce is explained by the faster growth in artificially fertilized crops that causes the plant to concentrate resources for growth rather than production of these antioxidants.

An additional argument used in support of organic food is that it 'tastes better'. A report by the highly respected Food and Agriculture Organisation (FAO) concludes that organically grown (golden delicious) apples were found to be firmer and received higher taste scores than conventionally grown apples. Another study showed that organic tomatoes were sweeter and organic carrots had more "carrot taste".

While the emerging information so far does suggest higher levels of some nutritional components in organic food, the basis for human health advantages of consuming organic foods has to be further developed. Many nutritionists say that a well-formulated, balanced diet, organic or not, is all that is required for sufficient intake of health-giving nutrients.

Supporters of organic food argue that with consistent consumption, even small advantages could be significant over time. This can only be answered by appropriately controlled scientific studies in human populations, which are difficult to accomplish. Assessing the health and environmental benefits of any system requires a full life-cycle analysis with evaluation of benefits and impediments at each stage. For example, although organic agriculture clearly has benefits in preservation of wildlife and habitat, results in less environmental pollution and preserves soil fertility, critics argue that there are also disadvantages compared to conventional food production. As two examples, mechanical energy inputs are greater in organic production and ‘zero-till' agriculture, which uses herbicides, may be more environmentally friendly than the mechanical weed control used in organic cultivation. In any case, more sophisticated analyses of the nutritional quality of conventional versus organic foods is required – in animal foods as well as plant foods before a more definitive answer is available. Even though organic production is not a perfect solution in science or practice, it will probably always be around. The organic brand adds to the choices available to those consumers who see consuming organic food as a lifestyle choice and are more conscious about the health and safety of food production systems.

How to Save the World: One Man, One Cow, One Planet

This inspirational film exposes the environmental and human diasaster in globalisation and takes you into the heart of organic farming by reviving biodynamics, an arcane form of agriculture in India and saving their poisoned lands. Ardent believers of the organic movement and supporters of the sustaninability campaign will appreciate a video like this - How to Save the World.

End of "4 Key Arguments For Organic Food". Back to "What is Organic Honey?"