Is Honey a Vegan Food?

Is honey a vegan food? While many vegans have earnestly shared with me their reasons why they don't eat honey, beekeepers have also stepped forward to raise their points regarding the beliefs of vegans who will not eat honey.

As the debate turns out to be ubiquitous and unresolved, I feel that the answer seems to lie in no more than just holding on to a certain perspective and not so much about judging who is more reasonable or pursuing truths anymore. Following is gist of the arguments. You read, formulate your stance, and decide who has a stronger case.

"Honey is not a vegan food."

"True vegans are against any form of exploitation of animals, including bees. Beekeeping, like dairy farming, can be exploitative. A number of bees are inadvertently killed in the management of beekeeping, which involves forcing bees to construct their combs in trays and undermining their natural ability to overcome parasites, cruel imprisonment of the queen bee to certain parts of the hive, the manipulative split of colonies to increase honey production, use of antibiotics, smoking hives to dull the bees' senses, and stealing the bees' honey and feeding them with sugar instead, hence honey is not a vegan food and should be forbidden as an animal product." 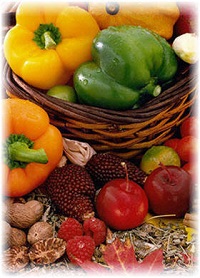 "Honey is a vegan food."

"Just sit and watch the coming in and going out of the bees from their hives, or even open a hive and take a frame out and watch the bees. They are contented because they are cared for and protected! Beekeepers might be seen as stealing honey from the bees, but they give them so much extra food that it doesn't hurt them. It's not like the queen bee is confined, the queen can and will take her colony and start a new hive if she so desires, no one can stop her. If the bees are given shelter and choose to stay, let them stay. They love what they do. The relationship between the bees and their beekeeper is mutual and interdependent. Just stop eating honey from abusing beekeepers who don't respect bees and take all their honey away, but don't label honey as non-vegan."

Share your thoughts on "Is Honey a Vegan Food?"

PS: Give your posting some time to be moderated and published. I've not made it work automatically due to spamming concerns.

It's not by definition. If you want to eat honey, then it's OK, you are just not a vegan. People should not try to re-invent the definition of a word.

Ruth: Would honey ever be considered vegan if it is harvested from abundance (i.e. the bees have excess of it) and from a humane, environmentally-friendly, and sustainable source?

I am primarily vegan but not 100% as I use honey and eat some fish if its wild caught and has a sustainable population. I guess I should call myself a pescoapisvegan or an apispescovegan.

Being toally vegan has given me a new lease on life and health-my weight slowly reduced without even trying, I was able to overcome metastatic melanoma since my cells became healthier, and I feel ever so much better than I ever have--I would never go back to eating the way I did before and I had even been a vegetarian fo most of my life. I also realize that when God created man he gave them the diet that He knew was he healthiest for the body He had created- I figure He knew what He was doing!

I am not quite sure if honey is a vegan food. I have been totally vegan for about two years and the subject had not risen until just lately. I need to see what Campbells research in "The China Study" has to say about it. It seems a bit more removed from the prime source of supply, as in cow's milk, but I am interested in resolving it. I never heard of bee keepers abusing the bees so did not relate this to animal abuse, that was a new one to me.

Hi! In Malaysia, a popular wild honey variety is called Madu Tualang. Tualang refers to the variety of bee that lives in the rain forest. Madu Tualang is very dark brown in colour and it has a lighter sweetness and texture, with a slight sour after taste. It's my favourite type of honey.

Note: This post also appears in: Taste Honey? No Way!

I am not particularly concerned about mistreatment of bees -like I would be animals- I think that is going overboard- but I really want to know for health reasons if honey is strictly vegan- it is a carbohydrate- I do not use any animal protein whatsoever and am curious to know if the bee uses any other element of non vegan material in the manufacture of the honey?Being a total vegan has saved my life after being diagnosed and treated for malignant melanoma- I changed diet and 2 years later am cancer free. I can't knock that and I feel sooo much better too.

Ruth: Hi Jean, 100% pure, unadulterated honey has only ONE ingredient - honey, that is natural sugar from the bees. No other substances should be present.

Hi, I'm from Malaysia and just bought 6 bottles today 13 Sep 2011 from a promo stall at Empire Shopping mall in PJ.

After googling just now, I'm also curious like you. Perhaps you can enlighten me more if you find more info soon.

In our country there is a honey which looks like the wild honey which you describe above.But this honey is not produced by honey bees rather by other insect which I forgotten its scientific name.We call it forest honey.

I am concerned that so much pollution and herbicides pesticides, fungicides, are picked up in the pollen by bees and transferred to the honey. Is this a valid concern? Is it another reason bee populations are declining at alarming rates?

Ruth: Worsened pollution has been raised as one of the factors leading to the colony collapse disorder. However, it is the concern of both vegans and non-vegans alike.

I thank you immensely for the opportunity to enter into your web site, handling this rich resource in mother nature. In the bible, prophets of old were said to live on honey. Surely, they were not Vegans.

@ Bill: Here's a link to a Nevada beekeeping assoc. newsletter. I am sure there's some local keepers and folks that sell honey in there somewhere. If not, contact one of the association officers and I'm sure they can direct you to the person closest to you who has honey. Good luck! http://www.countryrubes.com/images/Local_BuzzAug2005.pdf

Puhhhleeez! When are (otherwise) sentient beings going to stop going overboard, with online arguments like these? -"cruel imprisonment of the queen bee to certain parts of the hive"? -Having watched Discovery Ch. for a number of years, now, I've noted that queens are constantly surrounded by family, rarely moving more than centimeters, at most. But, I can't see how/why; a) that qualifies as "imprisonment"; b) beekeepers should be blamed, for something that is entirely natural. B.T.W., I'm speaking only as a consumer, and possess no expertise, whatsoever, re. the art of beekeeping. So, no "flames", please.

I feel that honey should be a vegan food but I'm also sure that we'll never convince vegans of that. Too bad, as they're missing out on a very healthy food. I fully support and encourage a totally vegetarian lifestyle for anyone who is so inclined but I think that a totally vegan lifestyle is carrying things way too far. Remember, moderation and balance is so important in everything we do!

Does anyone know the location of Las Vegas beekeepers who sell to locals, not imported honey with a Vegas name on it!