Here's a collection of news related to honey, food, health and nutrition issues from 2015-2018 by Bee Healthy.

France will become the first country in Europe to ban all five pesticides that researchers believe are destroying bees and are repsonsible for the “colony collapse disorder”, a mysterious phenomenon that has seen bee populations plummeting.

The ban outlaws the use of neonicotinoids - clothianidin, imidacloprid and thiamethoxam in crop fields and thiacloprid and acetamiprid used outdoors and in greenhouses.

While beekeepers and environmentalists are happy about the ban, cereal and sugar beet farmers are upset as they believe the ban would leave their crops unprotected and defenceless against pests.

Farmers warn that the ban would exacerbate unfair competition with European and non-European producers who are still allowed to use the pesticides.

Bees appear to understand what "zero" means. When encouraged to fly towards a platform carrying fewer shapes than another one, they are able to recognise “no shapes” as a smaller value than “some shapes”.

Zero isn't an easy concept to grasp; young children learn the number zero later than other numbers, and often have trouble understanding whether it is less than or more than 1.

A previous study also have found that despite their tiny brains, bees can count to 4. There have been few attempts to study whether animals other than chimpanzees and monkeys can identify zero as a number, but with the surprising discovery of the bees' ability, scientists believe many more such studies on the comprehension of zero would follow. 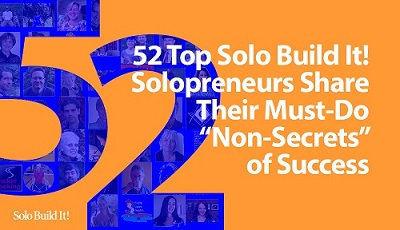 There are currently hundreds of millions of websites competing for traffic and the number is growing ever more quickly.

Ruth Tan, founder of Benefits of Honey at www.benefits-of-honey.com, together with other SiteSell's Top 0.5% sites, shares her "must-do" in building a profitable business in an increasingly more complex and congested Internet.

Full survey report by SiteSell in: How SBI! has contributed to top solopreneurs' online success.

As a solution to the worldwide decline of bee populations, scientists at Warsaw University of Technology, Poland have invented a flying robot that can navigate its own path to pollinate flowers and crop. The electronic bee uses an onboard camera and an external computer to plan a flight path as it pollinate the crop. According to National Agricultural Statistics, honey bees have declined from about 6 million hives in 1947 to 2.4 million hives in 2008. It is hoped that robotic bees in future could help ease the stress of honey bees.

Save the Bees Australia's Simon Mulvany, an Australian beekeeper, claimed that Capilano Honey was selling honey that is full of antibiotics, toxins, irradiated pollen from China and alkaloids, and was hiding from consumers the fact that a large percentage of their honey was imported from China, Mexico, Argentina, Hungary and Brazil.

Capilano accused Mulvany of creating a smear social media campaign against the company and has taken legal action against him for the allegations after receiving a petition with over 30,000 signatures backing Mulvany's claims. The company maintained their innocence and asserted that the Capilano brand sold in Australia was 100 per cent Australian honey and their honey is neither toxic nor dangerous to health, but admitted that its secondary brand, Allowrie is mixed with honey imported from China, Mexico and Argentina, which they claim is clearly marked.

The Supreme Court of NSW has ordered Mulvany to remove the offending social media posts before a decision is finalized.

Many species of Manuka flowers (Leptospermum) have been identified across Australia. Local universities'research studies on the potency, healing, anti-inflammatory properties of the honey have shown that these species share the same powerful antimicrobial properties as New Zealand's Manuka honey, possessing the high level of additional non-peroxide, antibacterial components, which are stronger than other hydrogen peroxide types of honey. With runaway global demand for the small supply of New Zealand Manuka honey, especially for the higher Unique Manuka Factor (UMF) rated honey, the discovery of the Australian source represents a great opportunity for the Australian honey producers, who are raring to capitalize on the multi-million dollar market for medicinal honey.

Peter Molan, the renowned scientist who discovered the healing powers of Manuka honey and revolutionised the New Zealand honey industry, has died on September 16, 2015 at the age of 71.

Molan began his research into the antiseptic properties of Manuka honey in 1981. He became professor of biological sciences and was director of the university's Honey Research Unit from 1995 to 2013. He created the Unique Manuka Factor (UMF) rating scale which led to his later work developing the Molan Golden Standard. In the 1995 Queen's Birthday Honours, he was made a Member of the Most Excellent Order of the British Empire (MBE) as his work on Manuka honey had been recognized as a significant driving factor in changing the perceived value of Manuka honey. Today, the UMF trademark has become the most trusted and highly sought after standard for buying the best Manuka honey. A billion-dollar global industry, Manuka honey has been proven to effectively help cure infections related to the skin, mouth, and throat, and treat infections and wounds all over the body.

March, 2015, What is Apitherapy Tourism?

This is what Honey Colony has reported in their website about Apitourism in Slovenia when a visitor on an api tour would "enter an oversizedbee house, where you can listen to the relaxing buzz of the bees", "the beekeepers place beds within bee houses, thereby transforming it into an apitherapeutic chamber... In this chamber, you are invited to inhale the healing warm beehive air."enjoy an organic honey massage or thermotherapy whereupon warm wraps of beeswax are laid on your body, allowing beeswax and propolis to dissolve in your skin..." This sounds totally inspiring, right? But would it be the type of vacation for you? 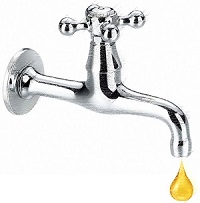 On 22 February, 2015, a father and son team from Australia (Cedar and Stewart Anderson) launched what was hailed as "the most significant innovation in beekeeping since 1852" - The Flow Hive. Their invention allows harvesting of honey without opening the hive and with minimal disturbance to the bees. Turn on the tap and honey would flow right out of the hive and into your jar. As reported by Indiegogo, the Flow Hive is the new record holder for the largest global crowdfunding campaign ever on the international platform. It raised a jaw-dropping $4.2 million in just 9 days. It was reported that this new way of beekeeping would encourage thousands more people to become passionate carers and advocates of bees. But how? More in: Flow Hive Works Like Tap.