Today, we see Manuka honey jars labelled with various activity ratings such as "Active", "Total Activity", "MGO", "NPA" and "UMF". They are measured using different rating systems, so the same number for the different systems represent different meanings. To purchase Manuka honey with confidence, get these terms clear and know their difference.

All types of honey possess anti-bacterial properties due to the presence of glucose oxidase, an enzyme added by the bees, that produces hydrogen peroxide. Honey which has undergone laboratory testing to evaluate its antibacterial level is termed as "Active". Honey which has undergone lab testing can be rated as a "Active" honey, for instance Manuka, Jarrah, and Melaleuca honey. However, unfortunately, there are no regulations, or governing bodies to control the labelling of "Active Honey". 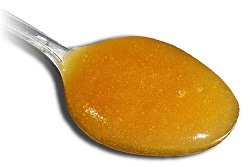 In 1981, Dr Peter Molan, a professor at Waikato University in New Zealand, discovered that Manuka Honey has a unique antibacterial activity that regular honey does not have. He called it the UMF or Unique Manuka Factor. The UMF of Manuka Honey is much more stable. In the UMF test, both the Peroxide and Non-Peroxide Activity levels of the Manuka Honey are tested but only the Non-Peroxide Activity (NPA) levels are rated in the UMF ratings. Thus, because the peroxide activity is excluded, Manuka Honey rated UMF 10+ or NPA 10+ (non-peroxide activity) system for instance is likely to have a stronger healing anti-bacterial effect than Active/TA 10+ (total activity) Manuka Honey. (As for how much stronger in antibacterial effect, we are unable to tell unless the numbers on the breakdown of the Peroxide and Non-Peroxide composition of the honey are made available.)

The most common UMF ratings are UMF 5+, UMF 10+, UMF12+, UMF 15+, and UMF 20+. While it is not clear why different varieties of Manuka bush produce Manuka Honey with different strengths of anti-bacterial activity, difference in soil quality, environmental and seasonal factors have been suggested as the cause. The UMF rating is audited and regulated by the Unique Manuka Factor Honey Association (UMFHA) in New Zealand. Manuka honey that carries the UMF rating is tracked from the Apiaries (the Bee Keeper's yard) through to the packaging factory. Every jar can be traced back to a UMF license number (found in www.umf.org.nz/licensees) and the lab that tested its batch for the UMF potency. Today, the registered trademark UMF is a global and authoritative standard that has also largely contributed to the exorbitant prices of UMF licensed Manuka prices.

The terms "Active" and "TA" are abbreviations for Total Activity. They combine the Total Activity, both the Peroxide Activity levels and Non-Peroxide Activity (NPA) levels of the Manuka Honey, to give a rating. Because for the same rating, the antibacterial potency for TA Manuka honey is lower than NPA rated honey, the former does not command as high a price as UMF Manuka honey.

Like in the UMF testing system, "NPA" (Non-Peroxide Activity) Manuka honey only calculates the Non-Peroxide Activity to indicate the antibacterial potency. NPA testings are done by independent laboratories. Manufacturers of NPA Manuka Honey are not permitted to use the UMF trademark as they do not pay the UMF licensing fee. For the same number rating, NPA labelled honey is also generally not as expensive as UMF licensed honey.

In 2008, Methylglyoxal or MGO was identified by Professor Thomas Henle, Head of the Institute of Food Chemistry at the Technical University of Dresden, as the key compound directly responsible for the non-peroxide antibacterial activity (NPA) of manuka honey. Somer studies however have subsequently challenged the validity of MGO honey by suggesting that is other than MGO, Manuka honey may have other antibacterial properties due to unknown factors. Nevertheless, today, a guide showing some correlation between MGO and NPA/UMF® levels have been established for consumers:

1. What is Manuka honey and why is it so special? Read: The Miraculous Manuka Honey.

2. What is the real deal about UMF Manuka honey? My thoughts and take on the subject in UMF Manuka Honey And Its Big Price Tag

3. Did you know that Manuka honey was once classified as a low grade honey and fed to the cattle? Find out more in: Manuka Honey as Medicine.

4. If you are residing in Singapore, visit e-store Bee Healthy and check out the sale of Manuka honey there.

End of "Manuka UMF and Other Activity Terms Explained". Back to Exploring Honey Varieties.