Like so many other food additives, saccharin is made from petroleum-based compound. Discovered by a Johns Hopkins University scientist in 1879, the white, crystalline powder was used initially as an antiseptic and food preservative. With brand names including Sweet'N Low, Sweet Twin, and Necta Sweet, this non-nutritive is 300 hundred times sweeter than table sugar or sucrose and has long been a traditional alternative for those on diets. It leaves a bitter taste after use and has adverse reactions on some people, such as headaches, blurred vision, and hyperactivity.

This calorie-free sweetener continues to be a highly controversial item on the shelf even after years of debate over its safety. Is it cancer-causing? Is it carcinogenic? Is it lethal? 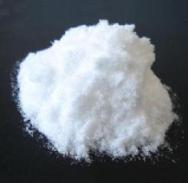 With studies linking the sugar substitute to serious heath repercussions such as bladder cancer, Canada prohibited it as a food additive in the 1977. In fact, in the same year the FDA also planned a ban on the sweetener but was opposed by a strong public outcry which subsequently kept it on the shelves but with a warning label that read, "Use of this product may be hazardous to your health. This product contains saccharin which has been determined to cause cancer in laboratory animals." Then saccharin was the only existing artificial sweetener.

In 2000, when further research proved that what held true for rats did not necessarily hold true for humans, the warning label was hence withdrawn. Nevertheless, critics and opponents remain to be skeptical and argue that if the sweetener is carcinogenic for the urinary bladder in rats and mice, it is potentially carcinogenic in human beings.

End of "Saccharin's Bitter Truth?" Back to "Use Natural Sweetener Honey for Healthy Immunity System".