Sleep Disorder Can be Detrimental

We all know that sleep disorder can cause much wreck to our life.

Sleep is a basic human need, as important for good health as diet and exercise. Sleep restores, rejuvenates and energizes our body and mind. When we sleep, our breathing and heartbeat slow down and our muscles relax. Our immunity systems are recharged in the process, cells regenerate and repair themselves, and our bodies conserve energy.

Laboratory tests showed that white rats that were prevented from sleep eventually died after 10 days. For some people, sleep depravity is not a choice but a condition caused by another disease or psychological problem in many cases. Millions of people suffer from sleep disorder - insomnia which has negative effects such slower reflexes, poor metabolism, slow learning and memory lapse, weight gain, high blood pressure, a decrease in the immune system's power, dark circles around the eyes, blurred vision, ashy and dull skin. Chronic sleep loss can also cause emotional disturbances, which may lead to aggressiveness, apathy, and mood swings between euphoria and depression. 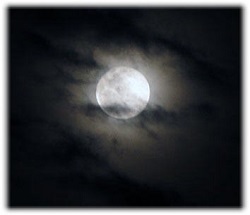 Today the media seems to be breaking more and more news about the importance of getting adequate sleep and giving out more and more scientific reports on the subject. Proponents of the Hibernation Diet theory believe that there are important differences in "hibernation" and "sleep". "Hibernation" is undisturbed, stress-free biology; it's quality rest, whereas "sleep" is easily interrupted. And of course what is most fascinating to me is that this hibernation theory advocates the consumption of honey before bedtime to fuel the liver properly and achieve the optimal repair of the body system.

The latest finding I learnt from the local newspapers report highlighted the potential health risks of sleep disorder. The lack of sleep appeared to be linked to increased blood pressure, which is known to raise the risk of heart attacks and stroke. A 17-year analysis of 10,000 government workers by a professor of cardiovascular medicine at the University of Warwick's medical school Francesco Cappuccio showed that those who cut their sleep from seven hours a night to five or less faced a 1.7-fold increased risk of death from all causes and more than double the risk of cardiovascular death (Warwick Medical School, 2007). The study illustrated a danger in busy modern lifestyles - 'A third of the population of the United Kingdom and over 40 per cent in the United States regularly sleep less than five hours a night, so it is not a trivial problem... The current pressures in society to cut out sleep, in order to squeeze in more, may not be a good idea - particularly if you go below five hours'

There's a book called "Sleep to Save Your Life" which makes the connection between poor sleep and health disorder. For those who are struggling with sleep deficits, you might able able to find some truths and help here. Click on the book image to find some very helpful reviews on this book.

Experiencing some kind of sleep disorder? Try the famous milk and honey tip. Before going to bed, take a soothing treat -- a glass of warm milk mixed with a spoon of pure honey. Traditional Chinese Medicine also advises drinking a cup of honey water before bed time as a tranquilizer and sedative for those who are suffering from insomnia.

Consuming Royal Jelly, a premium bee product is also known to help increase vitality and rejuvenation of the body, and have an anti-depressive and anti-anxiety effect which helps fight sleeplessness and thus promote good sleep.

Discover what the Hibernation Diet theory has to say about sleeping and weight loss. Amazing proposition! All at "How to Sleep and Lose Weight at the Same Time?"

End of "Sleep Disorder Can be Detrimental". Back to "Super food Honey as Natural Insomnia Cure".