It was a few decades ago when I first encountered the Atkins diet. I could still remember my mum earnestly preparing and fixing special meals for my eldest sister who was trying hard to shed pounds and slim down. We were all growing up teens then.) And perhaps what's most memorable was the incredibly bizarre daily menu for this dieting program; my sister had on her plate steak, salad with creamy dressing, tuna with mayonnaise, roast chicken, omelette, cheese, bacon, pork chops! These foods were ten times better than what we normally would have at home! How fortunate (yet ironical) to go on a diet with such rich foods!

First made popular in the 1970s and described in Dr. Atkins' bestseller New Diet Revolution, Eat Fat Get Thin, this highly controversial American diet was severely scrutinised and criticised by many nutritionists and dieticians, and at the same time started a low-carb mania in the United States and abroad and became one of the most sought-after diets over the years. 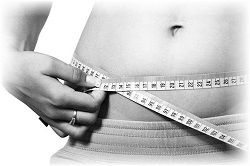 The Atkins diet promises no deprivation and hunger pangs while losing weight by allowing consumption of rich foods such as red meat, fish, fowl, egg, cheese, and butter, which dieters have only dreamed about, while forbidding high glycemic index foods including refined sugar, milk, white rice, white breads, potatoes, and beans. Basically, it theorises that obesity is a result of too much carbohydrates and by reducing carbs and placing more protein and fat in diet, body naturally loses weight without skipping essential fats. Our body burns carbs first before fat for energy, so by drastically reducing the intake of carbohydrates and eating more protein and fat, our bodies naturally lose weight by burning stored body fat more efficiently. The Center for Complementary Medicine in New York (which Atkins founded) claims that most people follow the Atkins diet for weight maintenance, good health, and disease prevention.

Atkins diet purports that by cutting down carbohydrates significantly, the body goes into a state of ketosis, whereby fat stores are broken down and utilised as fuel for energy. The blood sugar levels are regulated and less insulin is secreted. In turn, these lower insulin levels direct the body to burn stored fat instead of carbohydrates. The body changes from a carbohydrate-burning engine into a fat-burning engine. And when this happens some people experience unpleasant effects such as breath odour and constipation. Atkins believes that though all the fat in this diet may spike the cholesterol level in the body, this is only temporary and will normalise as weight loss occurs.

While many think it's a winning dieting concept, some feel that it spells a health disaster. Many health experts are concern about the long-term safety of this high-protein, high-fat diet and wonder if it's a wise diet for preventing heart disease, stroke, and cancer. There is also a worry for liver and kidney patients who would have trouble with the high amounts of protein in these diets. Many nutritionists believe that restrictive diets are not the answer to long term weight loss, as the body needs a minimum of carbohydrates for efficient and healthy functioning without disrupting the normal metabolic activity, and the brain also needs glucose to function efficiently. It takes too long to break down fat and protein to fuel the brain. In addition, it is felt that the Atkins diet is very high in saturated fat and cholesterol, and low in fibre, and it does not provide the variety of health foods needed to adequately meet the daily nutritional requirements for certain minerals and vitamins. Reviews on the New Diet Revolution can be read in Amazon.

End of "Lose Weight with Atkins Diet (Controversial)" Back to "Health Food Matters".