Here's a collection of news related to honey, food, health and nutrition issues from 2007-2209 by Bee Healthy.

November 2009, Adopt a Beehive and Enjoy Your Own Honey 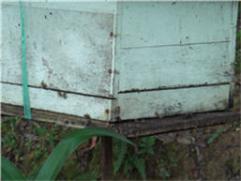 You can now own your personal beehive or colony in New Zealand from any part of this world and have your Manuka honey delivered to your doorstep. An enterprising New Zealand start-up offers this unique service via the internet. Owners receive photographs and videos updates about their beehives throughout the season. At the end of the day, it's all about having a one-of-its-kind product to share with family and friends! 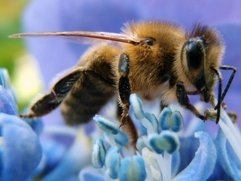 On 7 May, the Straits Times reported that the number of domesticated bees was on the rise worldwide despite the many reports on the colony collapse disorder in the United States and Europe and world pollination crisis.

Researchers found that commercial domesticated bee hives had increased 45 percent in the past 50 years, to match growing demand for honey among a growing human population.

Catch the buzz on the big screen created by Sue Monk Kidd's best-selling novel The Secret Life of Bees.

View the trailer, watch the movie online for free, and get the book or DVD at Amazon - all at: The Secret Life of Bees.

Mike McInnes, author of The Hibernation Diet, has joined hands with Dr Ron Fessenden to publish his second book on honey called "The Honey Revolution: Restoring the Health of Future Generations".

- "Learn why honey is the sweetener of choice for diabetics

- Find out how honey reduces metabolic stress and lowers the risk for insulin resistance, diabetes, cardiovascular disease and hypertension

- Get the facts on sugar, high fructose corn syrup (HFCS) and artificial sweeteners"

The book is now available in AMAZON.

This article is startling. So, put on your critical thinking hat.

"Doctors carry a form of infectious disease in their use of language. Technically, it could be called a "virus of the mind," and this virus is dangerously infectious. It can be so easily passed from one person to another that a single visit to the doctor causes most health consumers to catch this virus and suffer an infection of their own minds, language and thought processes.

Symptoms of infection include the shift of language patterns towards a victimization posture, surrendering to the medical advice of doctors, and abandoning all hope for self determination. In other words, people exposed to this virus of the mind become hopeless victims who verbally recycle medical babble while believing disease is a matter of fate or luck, not a result of causative actions." 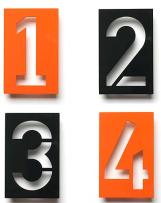 We all know bees are special. Now we have one more reason to set them apart from other insects -- they've been discovered to do something really unexpected -- count!

An Australian and a Swedish researcher say they have proved honey bees are more intelligent than previously thought.

Professor Srinivasan says he has also found bees can learn colours and smells and be trained to fly through complicated mazes.

"The more we look at these creatures that have a brain the size of a sesame seed, the more astonished we are," he said. "They really have a lot of the capacities that we so-called higher human beings possess."

The scientists also say they have proved honey bees can count to four.

The put five markers inside a tunnel and placed nectar at one of them.

When honey bees were put in the tunnel, they flew to the marker with the food.

Professor Srinivasan says when the experiment was repeated without nectar the bees still flew to the marker that had contained the food.

"But their ability to count seems to go only up to four. They can't count beyond four."

May 2008, Nagging Service for Dieters 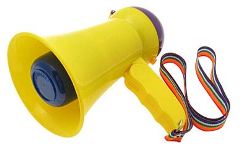 I am not sure how pragmatic or popular this new service by WeightNags will be, but at least it's an interesting (almost bizzare) concept -- pay USD 4.95 per month to be nagged at relentlessly and mercilessly on the phone until you get some exercise.

March 2008, Getting Out of the Sticky Business

You know about liquid honey, cream honey and how messy it can get when dropping them into our tea and coffee, don't you. Ha, interestingly, there is now a new honey product by Island Abbey Foods that you can hold in your hands! Not sure whether this honey drop is better than fresh raw honey, but it does look like a premium and healthier alternative to sugar cubes to me.

The following article suggests that there is a natural and better way of curing children's cough. Have you tried it?

The Times, December 4, 2007
Honey is better than children's cough syrups for a silent night
By David Rose

Natural honey is a more effective remedy for children's coughs than over-the-counter medicines, researchers say. A dose of buckwheat honey before bedtime easily outperformed a cough suppressant in a US study.

Honey did a better job of reducing the severity and frequency of night-time coughs. It also improved sleep quality for children and their parents.

Dextromethorphan (DM), the active ingredient in many cough mixtures sold in chemists and supermarkets, had no significant impact on symptoms. Honey has been used in medicine for centuries, not only to treat coughs and bronchitis but also to assist the healing of wounds. For coughs it is often mixed with lemon, ginger or brandy.

Ian Paul, who led the researchers from Penn State College of Medicine in Hershey, Pennsylvania, said: "We hope that medical professionals will consider the positive potential of honey as a treatment, given the lack of proven efficacy, expense, and potential for adverse effects associated with the use of DM." DM can cause severe involuntary muscle contractions and spasms, the researchers said. Cases of teenagers using the drug to get "high" were also common, they said.

Dr Paul's team observed 105 children and teenagers with respiratory tract infections. The study ran over two nights. On the first, none of the participants was given any treatment. On the second, they were divided into groups who received either honey, an artificial honey-flavoured DM medicine or no treatment, about half an hour before bedtime.

Parents answered questions about their child's symptoms and sleep quality, as well as their own ability to sleep. They rated honey as significantly better for the relief of symptoms. The findings are reported today in the journal Archives of Pediatrics & Adolescent Medicine.

— The Food Standards Agency says that honey should not be fed to children under the age of 1 due to the risk of the bacteria Clostridium botulinum. 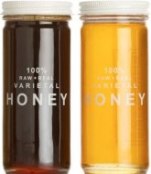 Wow, awe-inspiring. Now there is this word called snobmoddity to describe a mundane commodity that's been transformed into luxury item to offer consumers a bewildering number of varieties of what was once an invisible part of our daily life, for instance, rice, corn, chocolate, coffee, and bread. And some honey suppliers are painstakingly packaging, marketing, and selling their products in an unconventional way by presenting the liquid gold in test-tubes, hand-sealing bottles with beeswax, and emphasizing the unique flavours of different varieties to give a honey's new star status just like premium coffee, tea and wines.

In 24 states of America, beekeepers were shocked to find their bees missing, threatening not only their livelihoods but also the production of numerous crops. And the strangest thing is nobody knows why. Speculations of the cause included the unusual hot-cold weather fluctuations due to global warming and the increasing use of chemical pesticides. Many started to question about the lessons humans can learn from this and if Albert Einstein had ever predicted: "If the bee disappears from the surface of the earth, man would have no more than four years to live"?