Fruit sugar and fructose corn syrup - which sounds like a healthier choice?

I have come across many promoters at the supermarkets pushing for products, especially beverages, containing "fruit sugar" that is hailed as a natural, healthier option than white sugar and even suitable for diabetics. (A quick search in Google Image with the words "fruit sugar" will bring you the countless products made from it.)

But have you ever thought about what this so-called "fruit sugar" that is being added to so many products and marketed aggressively as a health food today is? Sugar squeezed from fresh fruits?

It is refined fructose corn syrup and not sugar extracted from real fruits!

But what's wrong with processed fructose? Isn't it better than white sugar? 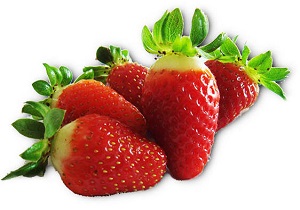 Let's get some facts straight here. Fructose is just one part of the complex sugar composition that occurs naturally in fruit. Most crystallised fructose available today actually comes from fructose-enriched corn syrup, an extremely cheap sweetener made with genetically modified enzymes.

The biggest concern about man-made fructose is the fact that, unlike sucrose, once eaten, it turns into triglycerides in the blood stream, or as stored body fat. Excessive triglycerides are responsible for clogging human arteries. And as it passes undigested through the small intestine and heads directly to the liver, without being regulated by insulin, it does not benefit the body by producing energy and as a result can place a large burden on the liver and contribute to obesity. Improper insulin metabolism and obesity are all characteristics that typically result in Type 2 diabetes. Hence, food labels claiming that fructose is not converted to blood glucose, won't spike our blood sugar levels and is safe for diabetics are deceptive. Ironic as it may seem, refined fructose can be dangerous for diabetics.

In Jan 2005, the University of Utah, in what was deemed as the most robust study conducted on corn syrup, concluded that corn syrup was far much toxic and dangerous than table sugar. The impact of corn syrup on the lifespan and fertility of rats was shockingly bad:

".. female mice fed a diet which contained 25 percent of calories from added fructose and glucose carbohydrates known as monosaccharides that are found in corn syrup died at a rate 1.87 times higher than female mice on a diet in which 25 percent of calories came from sucrose...The mice on the fructose-glucose diet produced 26.4 percent fewer offspring than their counterparts on the diet containing added table sugar..."

Well, I'm sure proponents and manufacturers of sugar substitutes would be quick to refute that rats were used as subjects in these studies, but think again, shouldn't we also be enquiring on the implications the results have for us living creatures, humans?

1) High Fructose Corn Syrup sounds really healthy! But hold on, is there is more than meets the eye?

2) Know what you are putting into your body. It is refined fructose corn syrup and not sugar extracted from real fruits!

End of "Fructose Corn Syrup or Fruit Sugar?" Back to "Corn syrup is Fine in Moderation?"