Looking for a home remedy for cough? One that is natural and perhaps easy to go down? Consider the sweet liquid from nature - pure honey.

What Happens in a Cough

An extremely common ailment probably experienced before by all, cough is a vital bodily function and can be technically defined as an involuntary reflex signalled and triggered by our brain to clear a blockage or irritant (e.g phlegm, cigarette smoke, pungent gas, dust, etc) from the air passage. What is visible or audible to us when this happens is a sudden expulsion of air from the lungs that helps clear airway very quickly.

When you complain of having a cough, doctors or pharmacists often like to ask this question: is it chesty or dry? Chesty cough or productive cough is characterised by the presence of mucus or phlegm on the chest, whereas in a dry cough where the throat and upper airways are inflamed or irritated, no phlegm is produced or expelled. In some cases, a cough can be chesty but is not productive. This happens when the phlegm is not loose enough to be coughed up. Many smokers can have a continual dry cough throughout their lives. A cough caused by a viral infection such as the flu or common cold usually disappears within two weeks; if it does not, it may be a symptom of a more serious problem and x-rays may be necessary to diagnose the problem. 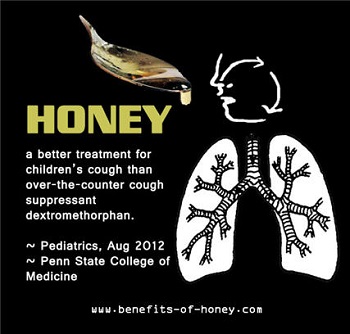 Persistent or chronic cough could be caused by environmental irritants or even stress (such a cough disappears while sleeping), but it could also be a sign of more serious infections like bronchitis or pneumonia, whereby antibiotics may be required. Signs and symptoms that point to an infection include fever, chills, body aches, sore throat, nausea, vomiting, headache, sinus pressure, runny nose, and night sweats. When cough is a warning sign of an underlying cancer of the lung or air passage, other symptoms may also be present, including worsening fatigue, loss of appetite, weight loss, or decreased ability to swallow solid or liquid foods.

There are two primary goals in treating a cough: one is to suppress the cough reflex, especially when a cough causes pain or affects with sleep; the other is to thin the mucus, making it easier to bring up and be flushed from the body. It's beneficial to drink lots of water, warm broth, tea, and room-temperature fruit or vegetable juice to help thin and loosen the mucus.

I notice that across different cultures, home remedy for cough can vary a lot. There is obviously an interesting vast array of recipes for treating cough, but you may not be very comfortable with some of them depending a lot on the beliefs you grow up with (such as the concept of "heaty and cooling foods" which I tend to believe in). Here I would mention a few, using honey, one of nature's most precious gifts:

1. Mix equal amount of honey and lemon grass juice then drink to reduce the coughs.

3. Boil some water with 2 garlic cloves, 1 table spoon of oregano. Pour into a cup add 1 tablespoon of honey and drink.

4. Active Manuka honey and propolis have been commonly used as ingredients in the home remedy for cough because of their strong antibacterial properties.

Some researchers believe that honey, a traditional, natural home remedy for cough can offer a "safe and legitimate alternative" to dextromethorphan (DM), which can occasionally cause severe side-effects in children, including muscle contractions and spasms. A study (2007) by researchers from Penn State College of Medicine, US, involved 105 children with coughs between the ages of 2 and 18. Before bed, the children were given artificial honey-flavoured DM cough syrup, buckwheat honey or nothing at all. Results revealed that parents of children who received the honey rated their children's sleep and symptoms as better!

“My advice for parents would be to stick to old fashioned honey and lemon... The bottom line is there is absolutely no evidence that cough medicines work as there has been very little research with regards to their use and, potentially, they could actually do children more harm than good."
~ Dr Oliver Bevington, a leading paediatrician from the Royal College of Paediatrics and Child Health.

Honey's ability as a home remedy for cough may be due to the way it soothes on contact and stimulates saliva. Also, scientists believe that cough medicines often do more harm to children than good due to their strong chemical make-up. However, please note that honey should not be given to children under age 1 because of a rare but serious risk of botulism.

The therapeutic effects of honey in treating cough are no surprise for most people. But the combination of honey and coffee as a cough remedy is certainly new and insightful. As revealed by a research paper in Primary Care Respiratory Journal (Aug 2013), in a double-blind randomised controlled trial with 97 adults at the Baqiyatallah University Hospital, Tehran, Iran, it was empirically proven that honey plus coffee beats Prednisolone (a common steroid) in treating post-infectious cough (ie. cough that persists for weeks after a common cold or an upper respiratory tract infection). Who wouldn't want to go for a remedy that is all natural and more effective! So, one more reason to keep a jar of this golden syrup in your kitchen or medicine cabinet!

The Royal College of General Practitioners, a leading body of doctors in the United Kingdom, declared that cough medicines were a waste of money, and that it was better off making your own cough mixture. More in Honey and Lemon Recommended Over Cough Medicines

Buckwheat honey, nature's superfood, has higher concentrations of macronutrients, trace elements and anti-oxidant compounds and is considered as one of the best medicine for cough. More in: Why Eat Buckwheat Honey?

End of "1-Ingredient Home Remedy For Cough (More Effective than Cough Syrups)". Back to "Home Remedies as Alternative Medicine".