The next time a honey bee zips by you, take a moment to appreciate what nature has given to us -- this amazing little creature...

1. How Honeybee Sucks and Stores Nectar

A honey bee has a proboscis which works like a tiny drinking straw that sucks up nectar from flowers. There are two stomachs in a bee. Some nectar goes into a bee's main stomach to digest for food and energy, the rest of the nectar goes into a special stomach where the bee can process the nectar into honey and transport it back to the hive. More on this bee's special honey stomach in: Is Honey Bee Vomit?

Bees can detect changes in air pressure. If it's going to rain and air pressure drops, they stay in their hives. Bees also do not fly around if the temperature is below 50 degrees Fahrenheit. When it is cold, they cluster in their hive to stay warm. They use the honey that they make for food during the cold months when nectar is scarce.

A honey bee can sting. If you get stung, the bee's stinger gets hooked into your skin, and while the bee tries to flee, part of its body tears off, causing it to die. A bee sting leaves a tiny drop of venom under your skin which makes the skin turn red and swollen. Most beekeepers would tell you that we don't have to be afraid of bees; they only sting people or animals to protect themselves and their hive. However, many people still have a certain phobia of going to near a bee hive and having a bee buzzing around them.

In a colony, there are thousands of workers bees, a few hundred drones, and one queen bee. All worker bees are female and are assigned different tasks to perform -- nurses to take care of larva, construction workers to bond together thousands of wax cells into honeycomb, janitors to keep the hive clean, guards to protect the hive, and last but not least the food finders and gatherers.

The male bees or drones have no stingers and do not produce honey. Basically they do nothing, laze around and leave all the work to the busy worker bees. They have only one purpose in life - to mate with the Queen.

Honey bee mating is a dramatic example of sexual suicide in the insect kingdom (Wikipedia. The drones die in the act of mating. Honey bee sex intercourse takes place in mid-air. The queen flies out in search of mates and the drones swarm around and compete for the chance to mate with their queen. Eventually, a successful drone grasps the queen and inserts his penis tightly into the queen's reproductive tract. The explosive force from the ejaculation causes the tip of his penis to rupture and be ripped off from its body and left behind inside the queen. The drone falls to the gound and dies quickly. The queen mates with about a dozen of drones in just one nuptial flight and normally will have enough sperm to be stored in her sperm pouch to fertilize all the eggs for the rest of her life (The Biology of the Honey Bee, Harvard University Press. p. 41).

A queen bee can lay up to 1500 eggs in one day and more than a million eggs in a lifetime (Beekeeping like a Girl, Queen Bees). Each egg hatches into a larva in 3 days and is fed with special milk called Royal Jelly by the nurse bees. The larva then turns into pupa, and finally develops into adult bees.

Each hive can have only one queen bee. When a hive gets too crowded with too many bees, the queen bee lays some special eggs that will hatch into new queen bees. The queen then sends out bees to scout for a new home. When a place is found, she leaves the old hive and is followed by a swarm of worker bees. Meanwhile, when the new queen bees emerge in the old hive, the strongest new queen bee destroys the other queens, as there can only be one queen in each hive. 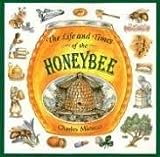 Bees Can Surprise You!

Beekeeper Geoff Kipps-Bolton from San Diego believes that bees have an infinite capacity to make us look foolish... Read full account in An Up-Close Look at the Bees with Geoff the Beekeeper.

In 1973, Karl Ritter von Frisch won a Nobel prize for cracking the honeybees' communication code. Honeybees waggle and dance to tell other bees in the hives the location of flower nectar sources, the flying time to the sources, and even the wind speed. Watch this video. You will not believe it: The Awesome Honeybee Dance.

Ask Interesting Questions About the Bees

Can you answer these questions: Do bees poop in the honey they make? Are their droppings smelly when all they eat is honey and pollen? What do honey bees use to make the bee hive? Is it true that the government is using bees to sniff out bombs?

Stumped? Get your answers in Bee & Honey Questions Answered.

1. Be amazed by how honey bees organize themselves and assume the different roles in the hive: Awesome Roles of Bees in a Hive.

4. Get insights into bees and beekeeping in: An Interview with a Beekeeper